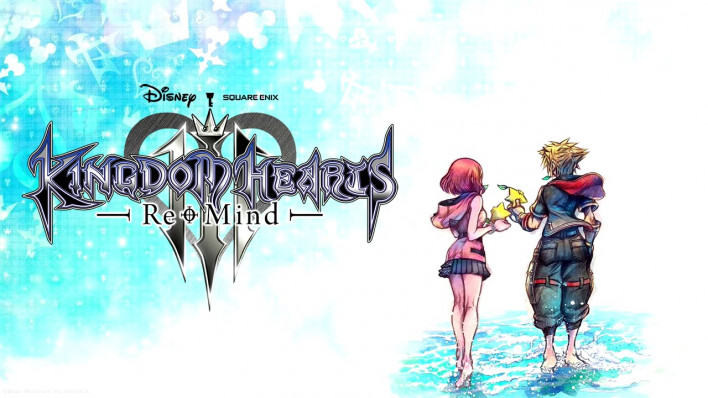 Welcome to Mixtape Monday! We’re again sharing some of the best video game-themed music around.

The PC ports of the Kingdom Hearts franchise have seen positive reception. New people are able to enjoy the series for the first time, while long-time fans can enjoy some overwhelming nostalgia. Kingdom’s Hearts has some of the best compositions in gaming, and there is an equally diverse amount of fan music to consume. Let’s dive right into it.

We’ll start off easy with Ethereal Shores by Messer. This composition was envisioned to be an alternative to Destiny’s Island for Kingdom Hearts III. The beautiful, soothing quality almost brings a sense of emotional relief taking into account the game’s story during the Kingdom Hearts III.

It doesn’t sound at all like the Destiny’s Island of the original game, but that makes sense. It’s a wonderfully enjoyable track that you could’ve easily seen in the real game.

Cement City is one of the most successful Kingdom Hearts remixers, and his version of Vector to the Heavens is my personal favorite. Most electronic remixes (especially dubstep) can come across as obnoxious, but Cement City manages to pull it off.

The use of piano and electric guitar throughout make it still feel true to the original soundtrack, and the drops aren’t too overpowering like you might expect. The buildup to the drops...my god. They’re excellent. The way it just keeps building up is bound to get your blood pumped.

I have no idea how this works. Somehow mixing Dark Impetus and L'Impeto Oscuro not only isn’t a jumbled mess, but somehow makes for a more interesting piece. It really is a case of the sum being greater than its parts. It’s lively, passionate, and still takes you back to the original fights the music comes from.

OmarCameUp is one of my favorite young producers, and the way he incorporated Namine’s theme from Kingdom Hearts II into a hip hop beat is wonderful. His choice of sampling was wonderful—the perfect piece that reminds you of the original while making something new.

This really should have two write ups on it, since it’s basically two beats in one. What was first an elegant piano riff beat quickly switches into an intense variation of the melody paired with more complex drums and bass.

JVNA’s cover of Face my Fear is a remarkable achievement—a song she personally sang, produced, and remixed. All this considered, it sounds better than the original version. JVNA’s vocals are just as emotionally impactful as Hikaru Utada’s.

The big difference is the production. It’s gorgeous. Don’t get me wrong, I think Skrillex did a good job with the original track, it’s just a bit too in-your-face for a Kingdom Hearts theme. JVNA’s track still is exciting, but has a much more graceful and toned down approach. Not to mention a melodic dubstep interlude of Simple and Clean. Ding ding ding...we have a winner.

Speaking of which, this alternative rock cover of Simple and Clean by the band Intertia is really nice. Having such a classic song with a male vocal perspective was something I didn’t think could work, but it’s enjoyable in its own way. Probably the most different of any of the songs here, definitely try it out if you want to listen to something new.

Sanctuary is my favorite song from Kingdom Hearts, so I’ve listened to a large swath of Sanctuary remixes. This one is my favorite. The mood isn’t at all like the original song—it takes bits and pieces from the track and creates something fresh and new. It even creates a new chorus throughout. The rough and choppy aesthetic adds to its melancholy tone, and overall it’s a great listen.